Firstly, what is the different between your impressions and your engagement rate? Surely, having a high number of impressions is a good things? And how does engagement rate differ from CTAs (calls-to-actions – don’t worry we’ll explain that in our next buzzwords blog)?

Impressions – impressions are generally the number of people who have seen a post or a website page, but does not necessarily mean anything. They may have been scrolling and the advert has been on the side of the page but they may not have taken any notice of it.

Engagement rate – the level of engagement one content piece has generated from its audience. Engagement consists of things such as comments, likes, shares, and CTAs. 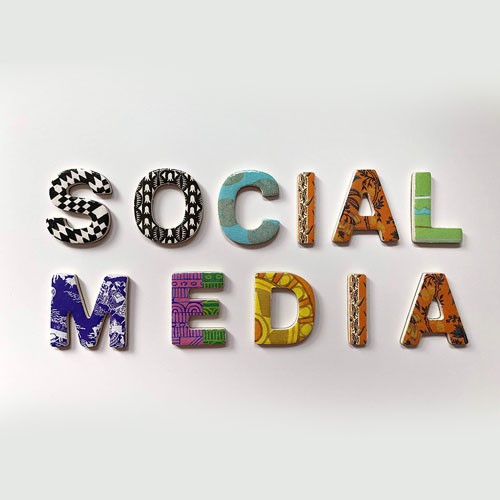 Now, we have an understanding of these two social media buzzwords, what other words are used when referring to posts and what do they mean?

Organic reach – organic reach is the reach that a post or content has without any paid promotions. ‘reach’ is the number of people who see the post – but this does not necessarily mean they paid any attention to it, it could have been on the side of the page as they were scrolling, so engagement is a better measure. However, it is a good indicator of how many people it was relevant to. The organic bit just means that it isn’t paid.

Algorithm – a step by step guide telling the website/ platform exactly what to do and when. It’s how the website or social media knows exactly what to show you. You may have heard a lot of uproar about changing algorithms etc. Particularly with Instagram where the content used to be chronological and now the algorithm changes frequently and affects influencers engagement apparently.

Dark posts – a dark post is essentially a piece of ad content that was never published as a post. They don’t appear on your timeline or in your follower’s feed organically.

If you have a campaign, what does an influencer have to do with that?

Influencer marketing – influencer marketing is where brands use influential people (celebrities or people with a large social media following) to market their brand rather than targeted ads. Often influencers’ audiences will fit the brands image and therefore their followers should be the right target for the product etc. Either the brand will pay for a post / story / blog post/ video in one payment or the influencer will be paid depending on the link clicks – a little like PPC. It depends on both the brand and the influencer. The cost depends on the size of the influencers’ following and more importantly their engagement.